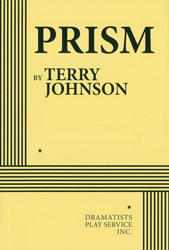 Apply for Rights
FEE: $100 per performance.
THE STORY: Legendary cinematographer Jack Cardiff has retired to the sleepy village of Denham, Buckinghamshire. The glory days of working on some of the most famous sets in the world are now behind him, as are his secret liaisons with a number of equally famous women. Despite an abundance of memorabilia from a lifetime of achievement, writing an autobiography proves an impossible task—perhaps due to his insistence on living in the past rather than remembering it. Terry Johnson’s witty and poignant play examines the extraordinary life of the cinematic master and two-time Oscar-winner.
“[PRISM] is an affectionate, funny and poignant homage to Jack Cardiff…the dramatist writes with great eloquence…The structure is artful…lapses between precarious present and distorted past take us into the jungle of Jack’s ailing mind…Exquisitely achieved.” —Independent (London). “Johnson’s plot inventively uses Jack’s condition to conjure vivid flashbacks. And the transition from Jack’s confused present to his triumphant past is superbly realised with the cast doubling or even trebling as Hollywood greats.” —Metro (UK). “PRISM offers some striking vignettes and nicely reflective moments. An opening scene in which Cardiff runs through the various movie-making aspect ratios using his slowly rising garage door as evidence is inspired; and Cardiff’s final monologue offers a moving reflection on art and mortality.” —Time Out London.
Apply for Rights
Click here for ePlay