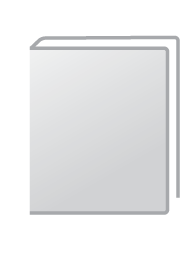 THE STORY: As told by NY Journal-American: “In the space of one day, from morning until midnight, we are given the tortured family background which created the elusive yet magnificent talent of the author. The characters come to life with an almost frightening fidelity; it is doubtful if any work in the theatre has ever been written with such first-person authority. The proceedings take place in the living room of a summer house in 1912. In short order we learn that the father, although well off, is a confirmed miser; one son is a drunk, the younger one is tubercular and the mother is a drug addict. Then we begin to learn the reasons for this excessive bad fortune. The mother’s addiction resulted from the father’s penury in sending her to a second-rate doctor; the elder boy drinks from sheer frustration; the old man has never been able to get over his magnified respect for money induced by an impoverished childhood. Even the illness of the younger son, quite obviously the author, is being treated by the cheapest local physician, and the father is planning to send him to a state sanatorium where he will hopefully expire inexpensively. This sounds like a preponderance of tragedy for any household, and so it must have been, but it is revealed in such terms of stark honesty that no one can ever doubt its stature as an autobiographical document. The people speak in the everyday language of our neighbors; their emotions rise and fall with the absurd devotion to trivialities which provoke so many quarrels; these are dimensional characters trying desperately to keep their doomed household together."
“LONG DAY’S JOURNEY INTO NIGHT has been worth waiting for. It restores the drama to literature and the theatre to art.” —NY Times. “…a magnificent and shattering play.” —NY Post. “It is a stunning theatrical experience.” —NY Herald-Tribune. “This is O’Neill’s most beautiful play.” —NY Daily News.
Apply for Rights