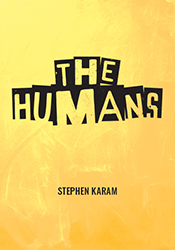 THE STORY: Breaking with tradition, Erik Blake has brought his Pennsylvania family to celebrate Thanksgiving at his daughter’s apartment in lower Manhattan. As darkness falls outside the ramshackle pre-war duplex, eerie things start to go bump in the night and the heart and horrors of the Blake clan are exposed.
Winner of the 2016 Tony Award for Best Play. “Drawn in subtle but indelible strokes, Mr. Karam’s play might almost qualify as deep-delving reportage, so clearly does it illuminate the current, tremor-ridden landscape of contemporary America…THE HUMANS is a major discovery, a play as empathetic as it is clear-minded, as entertaining as it is honest. For all the darkness at its core…a bright light shines forth from it, the blazing luminescence of collective artistic achievement.” —NY Times. “THE HUMANS explores, across an enthralling spectrum of ups and downs, what being a family is all about.” —The Washington Post. “Great plays are usually great in one of two ways. Either they are culminating examples of existing ideas, or groundbreaking examples of new things entirely…THE HUMANS, it turns out, is not just one of those culminating genre pieces but also, at the same time, one of those ‘new things entirely.’ Into the familiar dinner-table-drama genre the playwright has mixed the unexpected element of terror—or, rather, he has created a new element by bombarding one with the other. I should add that, for all this, the play is rackingly funny even as it pummels the heart and scares the bejesus out of you.” —NY Magazine. “[An] inestimably kind, rich and beautiful play…truly remarkable and exceptionally moving…Few writers of his generation have achieved anything quite like THE HUMANS, a play about the horrors of ordinary life and the love we need to counter them.” —Chicago Tribune.
Apply for Rights
Click here for ePlay