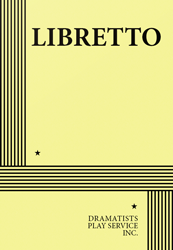 THE STORY: Johnny is alone in the world when the Foolkiller, a Grim Reaper-type character, “collects” his father, Mr. Pye. Although the townspeople try to find someone to look after him, Johnny ends up running away, fleeing Martinsville and the Foolkiller, but not before he promises to write to his childhood sweetheart, Suzy. Johnny moves from career to career - from doctor to artist to preacher - before joining the army. Johnny continues to encounter the Foolkiller during his travels, and while fighting in World War II, the Foolkiller almost claims him. Instead, however, he leaves Johnny with a riddle, “How can a man be a human being and not a fool?” If Johnny can solve it, the Foolkiller will let him live forever. Johnny rises from his sick bed and hurries back to Martinsville just in time to prevent Suzy from marrying Wilbur Wilberforce, an old rival for Suzy’s affections. Instead, Johnny and Suzy marry, and Wilbur is out of the picture. Life with Suzy is wonderful and they are raising a family, but Johnny puzzles over the Foolkiller’s riddle. He is unable to come up with an answer, and, as time passes, must see the deaths of his oldest son and Suzy. Eventually in his old age Johnny becomes friends with Wilbur, who inadvertently provides him with a clue to the riddle Johnny has so long been trying to solve. When the Foolkiller comes for him, Johnny has the answer, but it provides him with little solace, and Johnny lets the Foolkiller take him, so that he can be reunited with his beloved Suzy.
A light-hearted tale about one man’s life and his struggle to find his place in the world. It is a journey which takes him all over the world before he ends up right back where he started. “Mark St. Germain’s graceful adaptation of a Stephen Vincent Benét story, with heartfelt music by Randy Courts (they collaborated on the lyrics), gives off the smooth glow of a sophisticated folk tale. It’s a gentle, winning show.” —Star-Ledger. “The new show has a heap of good things going for it, among them a knack for making coy, old-fashioned material seem fresh and winning.” —NY Times.
Apply for Rights
Perusal Score
Complete Set of Scores