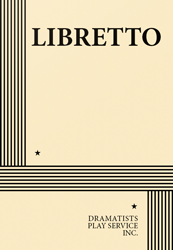 THE STORY: In December 1940, an east-bound cross-country train carries the bodies of the great American writers Nathanael West and F. Scott Fitzgerald. Also on board is May, who shares her seat with a charming young flyer, Raleigh. Religious and bookish, May plans to be a missionary. Raleigh has been given a medical discharge and, inspired by West and Fitzgerald, is heading to New York to be a writer. Raleigh and May discover they are from neighboring Appalachian towns, and he decides to change trains for Kentucky, promising to take May to the next Nibroc Festival. Scene Two finds May and Raleigh at the festival, but a year and half later. Unfit for war, and needing to support his parents, Raleigh has been working in a Detroit factory. May is teaching school and dating an itinerant preacher. When Raleigh confronts her, May admits her prejudices against his family. It is not until the following spring as they sit on May’s front porch, watching a lumberyard fire in the distance, that the two are finally able to resolve their differences and discover the depth of their feelings. May accepts Raleigh’s sudden proposal to elope, as the sky grows red like a sunrise.
A funny, touching portrait of two people searching for happiness, this simply staged romance played to critical acclaim at the Edinburgh Festival Fringe and Off-Broadway. “…a gently charming little play, reminiscent of Thornton Wilder in its look at rustic Americans who are to be treasured for their simplicity and directness…” —Associated Press. “NIBROC’s jokes are funny and its couple endearing because their emotional struggles ring true.” —Time Out NY. “You could easily enjoy another few hours of this.” —NY Times. “…a blissfully sweet romantic play quite unlike the typical fare offered in theatres these days.” —NYTheatre.com. “A character study that has originality and charm…Hutton’s attention to detail (in character and period) plus her wonderfully authentic ear augurs well for her plays to come.” —BackStage. “It is beautifully written…Every line is a heartbeat.” —Financial Times.
Apply for Rights
Click here for ePlay