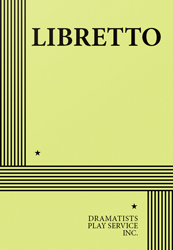 Apply for Rights
THE STORY: The most important theatrical event of the twenty-first century, DEBBIE DOES DALLAS is a modern morality tale told as a comic musical of tragic proportions in the language of the rodeo-porno-football circus. The show is the coming-of-age story of an all-American small-town sweetheart named Debbie Benton. Debbie is captain of her high-school cheerleading team, but she dreams of making it to the big time by becoming a Texas Cowgirl Cheerleader. When Debbie receives a letter telling her she has qualified for the professional squad, the only thing that stands between her and the realization of her dream is bus fare to the big city: Dallas. Debbie enlists her teammates, Lisa, Roberta, Donna and Tammy, to get full-time jobs after school and on weekends to help pay for her trip to Dallas. The girls form a company called Teen Services and get jobs, but they quickly realize minimum-wage jobs just don’t pay enough. Luckily, Debbie’s boss, Mr. Greenfelt, has an idea how the girls can raise enough money in time. Debbie tells the girls about Mr. Greenfelt’s idea, and they all agree to try their hands at “little favors” performed with enthusiasm by “good girls.” The girls “work hard for the money” and through sex, sweat and tears, they manage to raise enough money for Debbie to realize her dream and make it all the way to Dallas.
“A scream! A saucy, tongue-in-cheek romp.” —The New Yorker. “Hilarious! DEBBIE manages to have it all: beauty, brains and a great sense of humor! The cast is great.” —Time Out NY. “Shamelessly silly, shrewdly self-aware and proud of being naughty. Great fun!” —NY Times. “Racy and raucous, a lighthearted, fast-paced thoroughly engaging and hilarious send-up.” —NY Daily News.