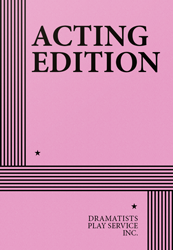 THE STORY: LOVERS’ QUARRELS (1656) was Molière’s second full-length play in verse, and it is a complex comedy animated by deception and misunderstanding. A young woman (Ascagne) has worn masculine disguise since childhood, for the sake of an inheritance that would otherwise go to the household of young Valère. Ascagne loves Valère, who is a suitor of her sister Lucile, and cleverly manages to marry him in a midnight ceremony, Valère believing that his veiled and unseen bride is Lucile. Valère’s manservant Mascarille is similarly deceived and, under pressure, conveys his misinformation to Éraste, a young man who jealously loves Lucile and is loved in turn by her. The ensuing quarrel between Éraste and Lucile lasts until the fourth act, and is paralleled by the quarreling and reconciliation of Gros-René (Éraste’s valet) and Marinette (Lucile’s maid). George Saintsbury wrote of LOVERS’ QUARRELS that “Nothing so good had yet been seen on the French stage as the quarrels and reconciliations of master, mistress, valet, and soubrette.” It goes without saying that the final act sees Ascagne’s true sex revealed, and that Valère’s response to that is “love and wonder."
Apply for Rights