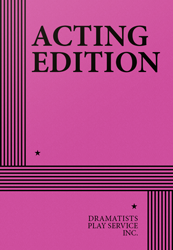 THE STORY: Through the course of one dizzying night at a club, JAILBAIT follows the parallel stories of two fifteen-year-old girls, desperate to grow up, and two thirty-something men who are looking to be twenty-one again. High-school sophomores Claire and Emmy make a game of posing as college students in order to meet older men. Brash bachelor Mark thinks a night out with attractive girls will be just what his friend Robert needs to recover from his recent breakup. When this unlikely foursome collides, they discover some surprising and dangerous compatibilities. But when Emmy encounters the sexual expectations of the slick Mark, and Claire finds herself surprisingly drawn to the heartbroken Robert, both girls must decide how far they are willing to go while playing at adulthood. Smart, funny, and disturbing, JAILBAIT asks the question: When do you really become an adult?
“…a terrific little play that finds something funny, shocking and sad about two fifteen-year-old girls who grow up fast when they con their way into a Boston club…O’Connor is amazingly good at rendering the tonal pitch and vocal rhythms of overheard dialogue…” —Variety. “…a complicated and darkly comic cautionary tale about the illusion of intimacy at any age…keenly honed dialogue, punctuated by little lies and poignant pauses.” —Time Out NY. “O’Connor provides a humorous take on the excitement and pitfalls of dating at any age, through a nightclub visit for four singles that will change each in different ways.” —Associated Press. “[O’Connor’s] flavorful dialogue aptly captures adolescence peering into maturity, and the exchanges amongst all four actors are natural-sounding and often quite funny, but never in a preciously designed manner.” —TheaterOnline.com.
Apply for Rights
Click here for ePlay