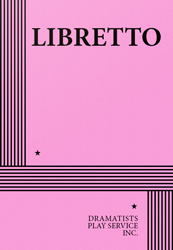 THE STORY: It’s a sunny day and Sara Jane is trying valiantly to keep it that way. Her young husband, Jerry, is away at war, and though Sara Jane believes in the cause, nothing has seemed quite right lately—especially the last few messages from Jerry. At least she has her piano—and Jerry’s bourbon—to keep her company as she tries to figure things out. But how far will she go to keep the impending storm at bay? ARLINGTON is a stirring, funny and powerful new work from playwright/novelist Victor Lodato and award-winning composer Polly Pen.
“Ms. Pen’s carefully written but unobtrusive music, and Mr. Lodato’s well-sketched portrait of a young woman beginning to question the beliefs she’s been raised with, are certainly nicely integrated; the music and lyrics mirror each other in mood perfectly. Ms. Pen’s music follows the wanderings of Sara Jane’s mind dutifully and with agility.” —NY Times. “It’s hard to believe that this musical monologue…was written by a man, so accurately drawn is the inner life of Sara Jane, a young housewife whose husband is away at war.” —The New Yorker. “There’s much to enjoy in Lodato’s often witty, poetically spare lyrics and in Pen’s complex interweaving and reuse of melodies.” —San Francisco Chronicle. “The music, by composer Polly Pen, which so beautifully dovetails Sara Jane’s feelings, is utterly captivating: alternately lilting, moody, playful, buoyantly melodious.” —San Francisco Examiner. “The music, by Polly Pen, is melodic and lovely.” —NY Observer. “This is a handsomely pressed, polished, and affecting work. Gorgeous, full-weight legit music.” —Talkin’ Broadway. “Lodato’s text creates a poetic exploration of a woman caught in a crisis of thought. ARLINGTON provides a worthwhile example of how seriously thoughtful and adventurous dramatic writing can be incorporated into the realm of musical theatre.” —NYTheatreNow.com. “A tightly-packed little firecracker.” —Village Voice. “Would that multitudes would listen to it; I, for one, am grateful to have come to know it.” —OperaNews.com.
Apply for Rights
Click here for ePlay
Perusal Score
Complete Set of Scores