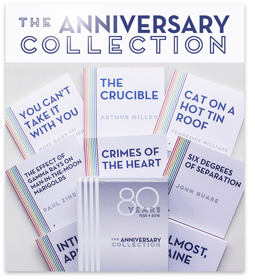 A distinctive boxed set of 8 definitive titles from each decade of the Play Service’s history, with introductions by eminent contemporary theater artists. Eight DPS classics (a $72.00 value) for only $49.99!