The Tug of War 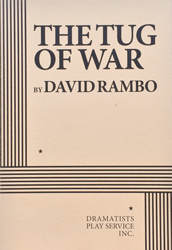 Apply for Rights
FEE: $100 per performance.
THE STORY: In October 1962, the nation’s young president, John F. Kennedy, learns the Soviet Union is building military bases in Cuba—only 90 miles from the U.S. coast. Despite Soviet assurances that the build-up is solely for Cuba’s defensive capability, Kennedy learns that the Soviets have been lying. Their Cuban installations comprise a nuclear missile force capable of wiping out most of the continental United States.

In an act of brilliant courage, Kennedy resists his urge to bomb the installations immediately. Instead, he assembles a committee of the best and brightest minds to debate what action the U.S. should take. As the stakes rise by the day…the hour…the minute…the second…the president weighs conflicting counsel from his national security team, the military, and his brother, Attorney General Robert F. Kennedy. But the clock on human survival is ticking…and Soviet Premier Nikita Khrushchev is behaving more and more erratically.

Drawn from White House Cuban Missile Crisis files and recordings, THE TUG OF WAR is a heart-pounding battle of intellect and hubris, when two rival leaders held the fate of the world in their hands.
Apply for Rights
Click here for ePlay