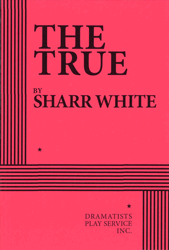 Apply for Rights
FEE: $100 per performance.
THE STORY: When it comes to Polly Noonan, there’s no fine line between the political and personal. For her…it’s only personal. Especially now that her hero, “mayor for life” Erastus Corning, is in a pitched battle for control of the Albany Democratic Party. THE TRUE explores the bounds of love, loyalty, and female power in the male-dominated world of 1977 machine politics.
“…a damn good time… One of the themes Mr. White tries to pull from the historical record is the way a powerful woman like Polly was forced in those days, and perhaps even in our own, to operate within narrow tolerances for female behavior… THE TRUE is riveting.” —NY Times. “In his laser-focused view, White shows us exactly how machine politics works without taking a moral position on the patronage system on which it’s based… Anyone who has ever been involved in a political campaign should find this play enthralling.” —Variety. “White’s stage version of Noonan [has] got smarts to spare, energy to burn, and that specific combination of verbal acrobatics and intriguing inner life that’s catnip to actors… White’s dialogue is audibly fun to speak, and often peppered with political observations that feel meaty and real.” —New York Magazine.
Apply for Rights
Click here for ePlay