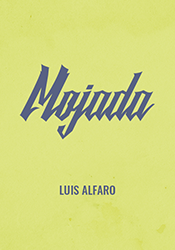 THE STORY: Medea and Jason have escaped the worst. After a harrowing journey across the Mexican–American border, the couple has made it safely to the States, where they can work toward a better life for their family. While Jason is convinced the future looks bright, Medea fears a darker fate as they face the challenges of living without documentation. Blending Euripides’ classic with Mexican folklore, Luis Alfaro examines the tragedy behind America’s immigration system and the destiny of one family caught in its grip.
“Playwright Luis Alfaro delivers another searing update of Greek drama… [MOJADA] really grabs you by the guts…” —Time Out Chicago. “MOJADA is unpretentious and entertaining…Not only is the play about crossing borders, but Alfaro knows how to walk that line between thunderous naturalism and absurdist pulp, being as our lives often seem composed of both.” —Chicago Tribune. “MOJADA beautifully fuses Greek myth with a modern immigration story…a beautiful and necessary reimagining.” —The Oregonian.
Apply for Rights
Click here for ePlay