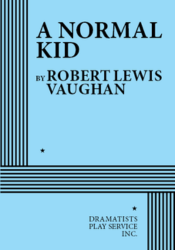 THE STORY: Perry, a professional artist and children’s book illustrator living in New York City, puts the pieces of his life together as he has a coffee and feeds the squirrels in Manhattan’s Madison Square Park. With sadness and humor, he remembers the day his abusive father went too far, causing him to run away from home. He remembers the other runaways he encountered on the road, and DJ, the young hustler who saved him from that life. He remembers Davey and Joyce, the people who took him in and helped him. And he remembers the night he saw his picture on the side of a milk carton, forcing him to go home, where his mother has finally started getting herself together–all of which shaped him and put him on the path to the successful life he now leads.
Apply for Rights