I Am My Own Wife 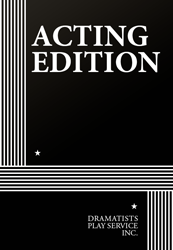 MIN. PERFORMANCE FEE: $130 per performance. SPECIAL NOTE: Recorded text and an image for projection for post-performance display are required for production and will be distributed digitally. The cost is a flat fee of $25.00 per production. NOTE ON CHANGES: The author has made changes to the Play for the 2022 Revised Edition. See notes on these changes here.

THE STORY: Based on a true story, and inspired by interviews conducted by the playwright over several years, I AM MY OWN WIFE tells the fascinating tale of Charlotte von Mahlsdorf, a real-life German transvestite who managed to survive both the Nazi onslaught and the repressive East German Communist regime.
Winner of the 2004 Pulitzer Prize and the 2004 Tony Award. “I AM MY OWN WIFE is the most stirring new work to appear on Broadway this fall…both moving and intellectually absorbing.” —NY Times. “I AM MY OWN WIFE revels in a particular time and place, but it is more than a historical document. The play is a vivid portrait of a unique person whose ability to endure has been turned into a highly theatrical journey.” —Associated Press. “…saucy, sagacious, entirely fascinating solo play…” —Village Voice. “…riveting theatre…the structure of the play is original, challenging, and involving.” —BackStage. “A truly remarkable experience in the theatre, I AM MY OWN WIFE is a must-see…an experience that is intellectual, theatrical, funny, and poignant…the integrity of his writing provokes us to think, it teaches us a history we never knew we had, and without forgiveness and sentiment unravels the story of one life.” —NYTheatre.com.
Apply for Rights
Click here for ePlay